I am writing this from a village in southwest France where I have been confined for the past four weeks because of the coronavirus pandemic. Now that many of us find ourselves in enforced solitude, we have a sustained opportunity to practice being alone with ourselves. This chapter from my book The Art of Solitudetells the story of the Canadian Robert Kull, who in 2001 spent a year by himself in one of the remotest parts of the world. The lessons he learned may now help us live more wisely in lockdown at home. iStock

On Monday, February 5, 2001, a Chilean Navy patrol boat deposited Robert Kull and a kitten on a tiny, uninhabited, rain-and-wind-lashed island off the southern tip of Patagonia. Once his building materials and crates of supplies were unloaded on the beach, the boat departed. It was getting dark. Bob hauled some timber and plywood to higher ground, made a platform for his tent, put the kitten inside a cardboard box, and settled down for the night. At 54, he intended to spend a year here alone. The nearest human habitation was Puerto Natales, 60 miles away across impassable mountains and fjords.

Bob had been alone in wilderness before. In his late twenties, he'd left his logging job, bought a canoe, and paddled off into the Canadian outback for three months. "Deep solitude," he wrote later, "is strange and powerful and can often be frightening. I almost lost it out there in northern British Columbia. Without other people to help me maintain my identity, the façade of autonomous self-sufficiency started to crumble." This existential meltdown precipitated an ecstatic experience of mystical union with nature that lasted for several weeks. It was then that he decided that one day he would spend a year by himself in nature.

The island on which Bob found himself was as remote as possible from other human beings. From his cabin he looked out at nothing but sand, ocean, rocks, trees, clouds, mountains, and glaciers. No boats ever passed by. No fishermen, hunters, or backpackers would disturb him. Apart from a government official who came to check on him once, he might just as well have been on the moon.

Bob recorded his experiment in radical aloneness in a journal. He soon admitted that "daily writing feels like breaking solitude."

The voice of solitude must, in some sense, remain silent. As soon as the solitary begins to speak, even if by writing to an imagined reader, he (or she) is no longer truly alone.

The problem is not so much the writing, "but thinking beforehand about what I'll write. When I do that I'm not really here in solitude, but in an imaginary future where someone else is reading my descriptions." Yet whenever he considers not writing, "I'm hit with a wave of isolation, and loneliness."

The journal recounts the construction and maintenance of his cabin, ongoing issues with a wind generator, solar panels, a woodburning stove, and outboard motors, worries about fresh water, firewood, blackflies, and shoulder pains, observations of condors, eagles, ducks, dolphins, seals, and limpets, comments about books he's reading, and a great deal of fishing. As his time alone unfolds, the sea, the landscape, and the weather assume complex, shifting moods and the kitten is anthropomorphized into Cat. Bob settles into a routine of meditation, philosophical introspection, writing poems, and taking photographs. After six weeks he was able to write: "I saw jet contrails for the first time yesterday far away over the mountains, but it didn't seem to affect me. I don't have a sense of super solitude. I'm just here. It's where I live now."

Bob belongs to a restless frontier culture. He seems at home in the untethered American spirituality that goes back to Emerson and Thoreau, William James, and Walt Whitman. For inspiration he draws from the I Ching, Zhuangzi, Rumi, Thomas Merton, Jiddu Krishnamurti, Alan Watts, Ken Wilber, Joseph Goldstein, Mary Oliver, and Mihaly Csikszentmihalyi. He earnestly seeks a psychospiritual fulfillment that somehow abolishes the ego. "To be fully human," he writes, "we need relationship not only with other people but with the nonhuman world, with our own inner depths---and with Something Greater. For me, that nonmaterial Presence is mysterious and sacred. It can be experienced, but not defined." His words echo with a yearning to recover in solitude a living connection with what used to be called God.

He quotes a passage from Merton, a Trappist monk: "The hermit's whole life is a life of silent adoration. His very solitude keeps him ever in the presence of God. His whole day, in the silence of his cell, or his garden looking out upon the forest, is a prolonged communion." Bob is not convinced. "This was written by a man who either had his head up his ass or was bullshitting the public," he remarks. From all Bob's extensive reading, "nowhere does Merton's statement find support."

On the contrary. The mind and heart are all over the place, from the most trivial, mundane, and negative to the joyful, peaceful, and sacred. Solitude is like the rest of life, only with less opportunity for escape into diversion.

There is something banal and everyday about solitude. Even in company we spend much of our time alone, absorbed in our innermost thoughts and feelings, quietly talking to ourselves. Whether we live in Manhattan or the middle of nowhere, this is our condition.

The Need for Community

As I reread his journal and study the photo gallery on his website, an image of Bob as the last man on earth comes to haunt me. Yes, there is great beauty and joy in wilderness, but only when you know it can be shared with others. Were Bob the only survivor of an Armageddon, I suspect his Patagonian solitude would be an intolerable loneliness devoid of meaning. Bob may have physically cut himself off from humankind, but he still had email. He used it to send coded signs of life to his friends once a month and get technical support on waterlogged outboard motors. Likewise, his friends agonized over whether to tell him about the 9/11 attacks in New York. (They chose not to.) This invisible umbilical cord bound him irrevocably to a human community.

"Perhaps the most useful aspect of my year alone in the wilderness," he wrote to me some years later, in 2017, "was to come to accept that my inner world has its own inherent weather patterns, as does the external world. The recognition that I'm not in control and that gray days do not mean I've done something wrong. That all the ups and downs, lights and darks, are part of who I am; who we are."

For further information on Kull's solitude project, go to bobkull.org.

Excerpted from The Art of Solitude, by Stephen Batchelor,© 2020. Published with permission of Yale University Press. All rights reserved. 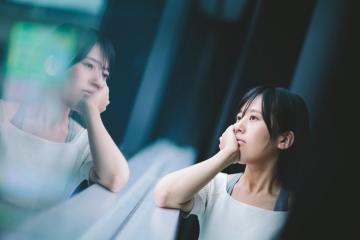