Which muscle groups are important?

For all muscles, giving a new stimulus over and over again is the right method to achieve optimal muscle growth. So don't think that there are one or two exercises for each muscle group that ensure continuous muscle growth. Keep looking for variety in exercises and in your training rhythm.

The biceps is a muscle in the upper arm, which consists of two parts: the long head and the short head. Another name for well trained biceps are muscle balls. So it is clear that a good training of the biceps determines your appearance. Strong biceps are the epitome of the strong, muscular man. Good exercises to train the biceps are so-called curl exercises. These can be performed with barbells as well as cables.

The hamstring is a muscle group that unfortunately does not get the necessary attention from every bodybuilder. It is the muscle group at the back of your thigh. Actually, the hamstring consists of three different muscle groups, but it is often trained as a whole. A good exercise to train your hamstrings is to perform deadlifts - with or without dumbbell. With this muscle group it is important to take sufficient rest between the training moments.

Muscular calves: it might not be the first thing you think about when you're bodybuilding. Nevertheless, this muscle group has an added value for your entire appearance, provided that you provide a good workout. The advantage is that training this muscle group produces visible results fairly quickly. The so-called calf lift (calf lift) is a good and suitable exercise for this purpose. Take sufficient rest between calf muscle training sessions.

The forearm muscles are almost always visible. This makes these muscles an important part of your bodybuilding training schedule, but many bodybuilders find it difficult to train these muscles properly. Suitable exercises can be performed with cables or dumbbells, such as the wrist curl or the reverse curl.

The quadriceps, popularly known as the thigh muscles, is a muscle that consists of four parts. It is one of the strongest muscle groups in our body, providing the most muscle mass in our thighs. A good workout of the quadriceps is therefore important. By far the best exercise for this is to perform the squat (in different variants). Training this muscle group requires a lot of strength and energy, which makes it smart to plan these exercises at the beginning of a training session.

The back muscles consist of several separate, smaller muscle groups. In bodybuilding the focus is mainly on getting the desired 'V-shape'. To achieve this, it is important to train the broad back muscle. There are no exercises in which you appeal to all back muscles at the same time. That's why it's important to make sure there's a lot of variation between your workouts. The deadlift and lifting are well known and good exercises.

The monkshood muscle or trapezius is simply also called the neck muscle. A well trained trapezius is clearly visible. When training this muscle, (too) heavy weights are often used, while the technical execution of exercises with somewhat lower weights quickly leads to better results. A frequently used exercise is the shrug, which has several variants.

A well-known muscle group, the triceps - also called the biceps' little brother. The triceps are used when stretching (the biceps when bending) the arms. This muscle group is located at the back of the upper arm and is very trainable. Use many different exercises, which are often short and intensive in character. Dumbbells are very popular. The triceps often have more mass than the biceps, and are therefore very important for getting muscular upper arms! 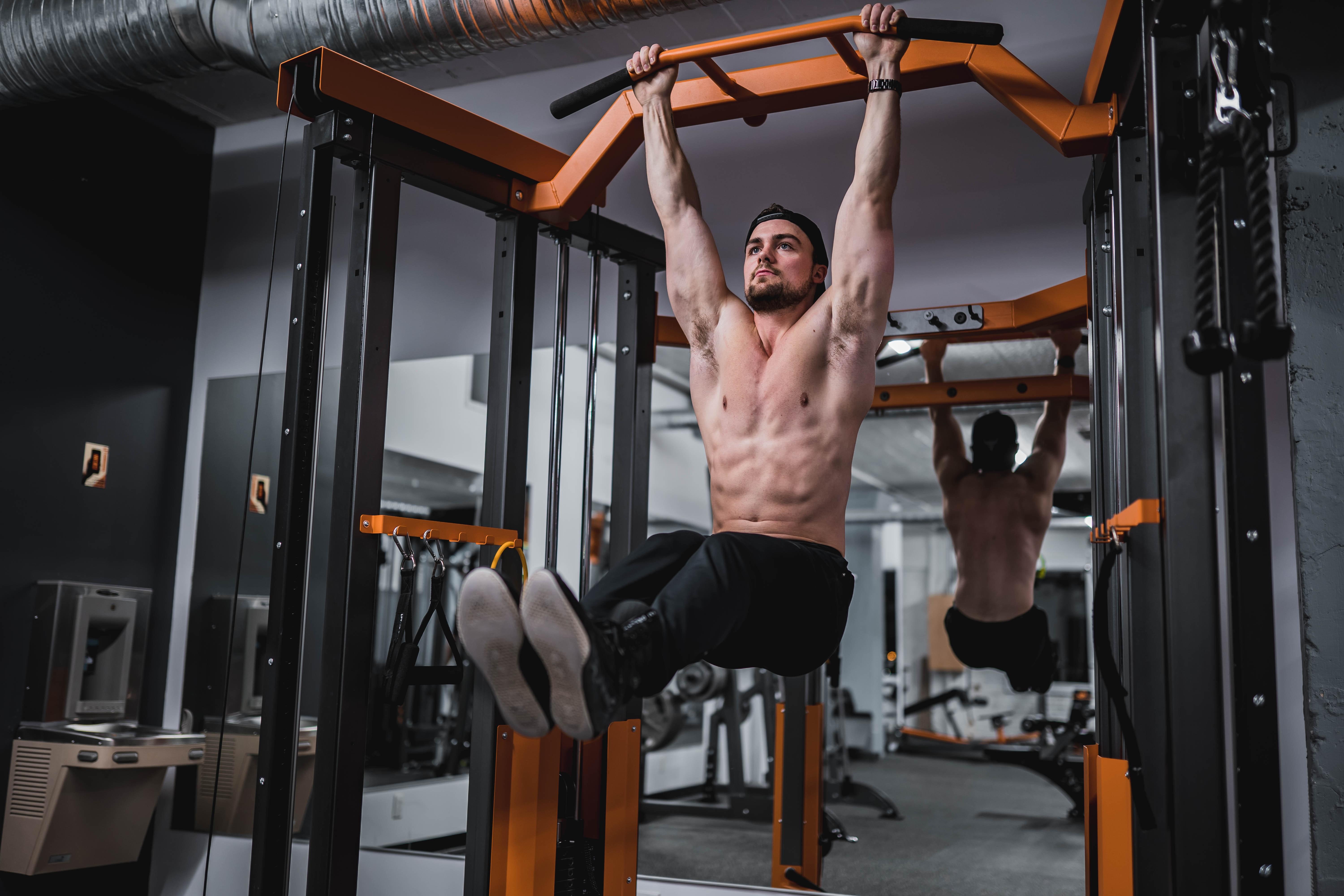